Back around Christmas, I posted a piece about how, contrary to popular belief, the ‘holiday season’ is not the most suicidal time of the year. I’m gonna let you in on a little secret…spring is.

I wasn’t giving the idea of springtime suicide all that much thought, until the news of a note from Kurt Cobain’s wallet—mock wedding vows that turned out to have been penned by Courtney Love—bounced into the news for a day or two, and I realized I’d been hearing about a lot of recent suicides–well-known and mostly-unknown.

Hearing the specifics of Cobain’s wallet note, on a local radio show as I drove home from work, knocked down a self-imposed wall that had prevented me from engaging with the stories of recently-released information and evidence from Cobain’s death, leading me to think back on my memories from that time.

Back then, my wife and I were making a living designing and printing T-shirts out of our apartment, selling them at the Fremont market, and through ads in a local paper, The Stranger, and in national publications Spin, Vibe, and Rolling Stone, as well as doing custom jobs for businesses, bands, and other organizations. News of Cobain’s death had managed to elude us until I saw it in a Seattle Times headline, there on display by the sales counter at a gas station/convenience store across the road from our apartment, where I had gone on a late-afternoon beer run.

As with most deaths, my reaction was one of stunned silence–an unvoiced, “Wow, that’s weird.”  Back home, I hemmed and hawed and didn’t quite manage to relay the information, instead turning on the TV news and waiting for the story to come on.

We had only recently confirmed my wife’s first and only pregnancy; and it hadn’t been long enough for us to share the news with friends and family. I couldn’t stop thinking of that photo of Kurt, Courtney, and baby Frances from the cover of Spin. Cobain, not even a year-and-a-half older than me, had achieved what we were all supposed to want—right? Money, fame, a family—all while getting to tout his artistic integrity and give a big middle finger to…well, whoever he wanted, I guess. He was just getting started. He could continue on being a vital artist, or get old and boring, or become a recluse, or whatever he wanted. He had the resources now, and… 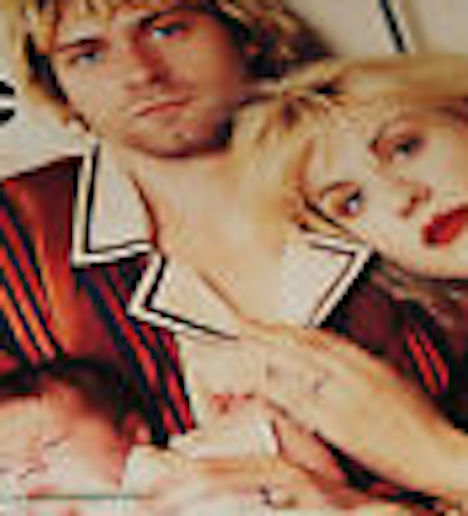 Well, if I steer clear of the conspiracy theories, he killed himself. How was that even possible?

Looking back through a lens of pop culture references, I think of Tyler Durden confirming that we weren’t all going to become millionaires, and movie stars, and rock gods. But Cobain had become that…or at least two out of three.

Also, prior to Cobain’s death, I’d read interviews with Eddie Vedder where he talked about being depressed and drinking too much wine, and I was worried Vedder was going to kill himself…intentionally, passively, or accidentally. Cobain said plenty of dark things, sure, but he was just kidding…right?  And, yeah, I had all the Nirvana albums, and all the tracks that turned up on compilations, credited and uncredited…No Alternative, Hard to Believe, The Beavis and Butthead Experience…

In my earliest thoughts about this post, I had some germ of an idea about making a connection between Cobain’s death and my current work…like Cobain’s death had some impact on the trajectory of my life, and…oh well, whatever, nevermind. I think we all try to fit various life events into narratives that make everything add up into some kind of “everything happens for a reason” bumper sticker idea…as if the suicide of a celebrity I had never even met was meant to guide me to my purpose.

It was a good 12+ years from the time of Cobain’s death until I bounced back into school with the intention of becoming a therapist, and then a few more before I had gotten involved in suicide prevention, almost more by happenstance than by a powerful drive to do so. I found out I was good at it–able to handle the stress of trying to redirect people in crisis—trying to suss out what it was they were after, and find a way to address that (which often just comes down to listening and validating the underlying emotions of their distress).

Cobain may have been one tiny thread among numerous others leading up to where I landed, just like the other people I knew (mostly peripherally) who had taken their own lives—or tried to—the bulk of them in spring. But Cobain was never some overtly motivating factor. In fact, I think if I cited him as a big reason for my work, it would be kind of ridiculous… “Man, Cobain’s suicide really changed me, and I decided I wanted to help people.” But to be clear, I have no harsh judgment for whatever factors direct people to engage in ‘the helping professions.’

A supervisor of mine, who was instrumental in providing me with the fundamentals for dealing with people struggling with suicidal thoughts, theorized that the increase in suicides in spring might have something to do with the dashing of expectations…that slogging through a cold, dark winter is one thing when everybody has to put up with the cold and the darkness. But when spring starts peeling open, turning itself toward the sun, grasping those opportunities to grow…and you’re still stuck in that winter mindset…cold, despondent, unable to see the sun or feel its warmth, or to even care about dragging yourself out into it…well, that’s when you lose hope.

In thinking about springtime suicide, I’ve had this other little germ of a thought…that when we are constantly exposed to the idea that everything happens for a reason, it can have the inadvertent effect of making people seek out connections for why they feel shitty. And when they can’t find particular reasons…or perhaps the reasons they find are viewed as trite or easily resolved by the people around them…or maybe the reasons they find all land in the arena of self-doubt, shame, or a sense that they are apparently deserving of the bad things that have happened to them and the lack of happiness they feel…well, it can hurt that much more.

Instead, why not embrace the idea that plenty of things in life happen for no reason at all, except, perhaps, for the culmination of random factors and arbitrary decisions…the cosmic web of coincidence…which can end up dropping anyone down a deep dark hole? (Arguably, this is a ‘shit happens’ bumper sticker argument, but I like to think of it as much more involved).  And why not embrace the idea that darkness is an essential part of being human? As much as happiness may be the goal, as much as we may all want to be millionaires and rock stars and movie gods, even the millionaires and rock stars and movie gods among us can’t completely avoid disappointments, disasters, trauma, and loss—hell, a lot of them are born of that negativity (although I don’t want to promote any ‘tortured artist’ stereotypes).

None of us get to insulate ourselves against negative feelings. Those negative feelings–even feelings of suicide–are actually much more common than people think. But when we’re so fixated on happy, and so fixated on the idea that we can ARRIVE at happiness once and for all, with just the right combination of attitude and effort, we set people up to wonder just what is wrong with them when happiness seems so elusive.

So, check in with your friends and family this spring and every spring (and every other season for that matter). That celebration-free, often contact-free, stretch from New Years Day until the world starts warming up in spring can be long and dark as hell…and when spring rolls around, and people are left feeling like they are still disconnected and down in a hole, despite all the blossoms and rays, that darkness can become something much more overwhelming.

1 thought on “Suicide Notes from the Cosmic Web of Coincidence”