Although a significant portion of my professional life involves work with sex offenders, Jan-Willem Breure’s “Are All Men Pedophiles?” escaped my attention until a few friends alerted me to its presence on Netflix. The documentary is meant to be provocative. In fact, Breure labeled his own work “the most controversial film of all time”—which is roughly akin to describing Creed as “the most important band of the 20th Century.”

I suppose that Breure’s film is controversial, inasmuch as the bulk of its content is unsubstantiated, unquantifiable hooey, put forth by somebody who has admitted (in sources other than the film) that he is attracted to teenage girls as young as fifteen years old. Breure’s is an argument put forth by somebody attempting to normalize his own sexual desire for teens by saying he is just like all other guys, and that all other guys are just like him.

Breure doesn’t get around to delivering his answer to his title question until after the credits—that answer being that, yes, all men are pedophiles, but only if one uses an incorrect definition of pedophilia. Pedophilia, Breure clarifies, is an attraction to prepubescent children. Hebephilia, Breure explains, is an attraction to teens (although if we want to get even more specific, hebephilia really only applies to younger teens). So, Breure says, all men ARE attracted to teens, whereas NOT ALL MEN are attracted to prebubescent children—therefore all men ARE pedophiles in the popular use of the term where pedophilia includes teens, but are in actuality hebephiles if the (somewhat more) correct terminology is used. Or, to simplify things, Breure claims that all adult men want to have sex with teen girls, call it what you will.

It’s probably pointless to engage in a clinical discussion about why Breure’s terminology is overly broad, thereby negating his argument, given that Breure is casting a net so wide that he hopes to catch every adult male on planet Earth. But I will say that, clinically speaking, sexual attraction to anybody who is physically/sexually mature is not considered pathological. In addition, for somebody to be properly considered a hebephile, they actually have to have a sexual preference for teens over people in any other age category.  There is also a complicated interplay between what is culturally “taboo,” what is prohibited legally, and what is considered an actual paraphilia or sexual disorder. Under Breure’s nebulous definition, any adult male who has ever entertained a sexual thought about a minor teenager is a pedophile/hebephile—even if that sexual thought occurred before said adult male was an adult. Under Breure’s all-inclusive concept, a 16-year-old male who had sex with his 16-year-old girlfriend is a hebephile/pedophile the moment he becomes an adult, as is any male who was ever, say, a 15-year-old boy who rubbed one out to thoughts of a peer-age classmate.

The definition-exploding, argument-negating core of Breure’s presentation in support of the idea that all men are incorrectly-defined pedophiles, or correctly-defined hebephiles, is the concept that sexual attraction does not ‘age’ but that it merely expands. That is to say, he believes that because boys first become sexually attracted to teen (or younger) girls, their attraction to teen girls stays with them forever, even as those boys become men and “expand” their field of attraction to include older women.

Breure has a 14-year-old female model in makeup and a small, tight, pink dress, present his idea of expanding attraction as if it were fact, while neglecting to cite the source of the information, which, from a brief survey of the literature, appears to be Breure’s ass. 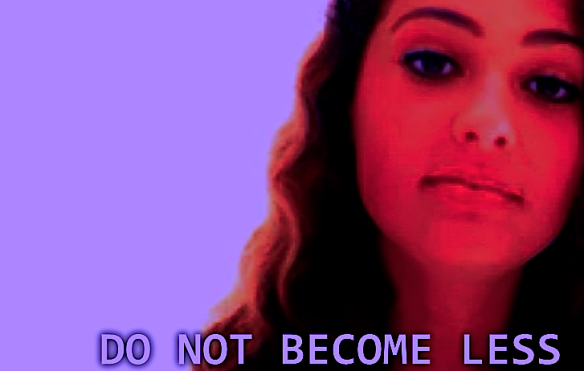 As an aside, I’m not sure what the theory of expanding attraction is supposed to say about all of the (cisgender, heterosexual) boys whose first sexual thoughts are aimed at adult women, or what it says about my own fifth/sixth-grade infatuation with Annette Funicello who turned up on TV most weekdays in both her “Mickey Mouse Club” teen form, and as her peanut-butter-pushing mid-30s self. 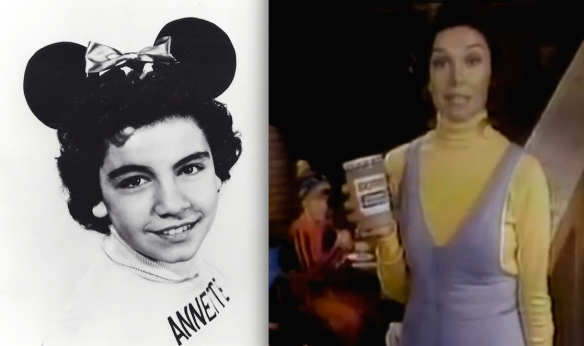 Pubescent confusion, thy name is Annette.

And, incidentally, if Breure’s theory of attraction expansion is valid, it would mean that all women are also pedophiles, or hebephiles as it were, unless women/girls are never attracted to, say, 15-year-old males at any point of their development, or unless Breure believes that the phenomenon of “expanding attraction” is exclusive to males—as if women move on sexually, but men do not.  But since Breure is mostly fixated on male attraction to females, he doesn’t spend much time considering anybody who falls outside of that focus.

While Breure belabors the point that people use the words “pedophilia” and “pedophile” incorrectly, he also confoundingly claims that there is no universal definition of pedophilia, because age of consent laws range widely from country to country (or state to state). Of course, “age of consent” and “pedophilia” are not synonymous, nor do they define each other. Whether a country’s age of consent is 11 or 19, pedophilia still involves sexual attraction to children lacking in secondary sex characteristics.

Breure’s use of statistics is as questionable as his slippery use of definitions. Among other things, he reports that child pornography is a $3 Billion-a-year business. I’ll give him credit for at least using the low end of the unsubstantiated claims regarding the income potential of child pornography. However, he then goes on to assert that 20% of all pornography on the Internet involves minors—a claim that, to anyone who is at all familiar with the vast quantities of pornography available on the Internet, is obviously false.  There is just no way child pornographers could keep up.

Breure even strays into an argument about how ALL men are treated like bad guys because SOME men do bad things, (something that some of his supporters have placed into the category of “reverse discrimination”) and that the problem of pedophilia is being blown out of proportion. Of course, as Breure is bemoaning the great injustice of all men being viewed with suspicion, and treated as if they were all potential pedophiles, he is, at the same time, promoting the idea that all men want to have sex with teenage girls, and implying that they should be allowed to.

In addition to condemning all adult males for already jerking off to teen girls, Breure sets himself up as an apologist for pedophile priests, saying priest pedophilia is not true pedophilia (engaged in out of true desire for sex with chidren) but only pedophilia in practice–because it’s just the natural consequence of too many guys being around too many other guys without sexual access to women/girls. Unfortunately, in his super-simplistic argument, ignoring a vast array of factors for the abuse, Breure forgets to include an explanation of why the adult guys don’t just have sex with the other adult guys if they’re not really interested in sex with children.

Breure’s film also implies that because other cultures in other time periods allowed for sex between young teens and adults (with evidence based on ancient Greece, the Virgin Mary, and a wife of the Prophet Mohammed), that sex between adults and teens should be perfectly acceptable. In other words, Breure wants viewers to believe that girls between the ages of 11 and 15 having sex with much older men is just fine, because people have done it plenty, and—y’know—the Bible tells me so. It’s a compelling argument because, of course, the only times that we, as a culture, have prohibited past practices involved misunderstandings about the true nature of humans. So, maybe while we’re working to bring back pederasty, we can lobby to allow 8-year-olds to work in coal mines again. And, hey, who’s up for a bit more human sacrifice? Legalized slavery anybody?

Speaking of advocating for salacious behaviors, for those viewers who want some prurient content with their pedophilia documentaries, Breure offers up plenty, including:

Yet, despite the inclusion of all manner of ideas semi-related to his almost-thesis, one of the things that Breure doesn’t bother to include is actual data from actual studies utilizing plethysmography, among other things, to measure adult male sexual response to girls and women (or boys and men) across a range of ages—data and studies that don’t support the conclusion Breure wants us all to accept.

And maybe Breure leaves out real evidence, and real studies because he never actually manages to explain the conclusion that he wants us to accept, at least not until after the credits roll and we are only still watching if we suffered through a terrible, terrible song about angels and guilt and religion that Breure wrote and performed (I can’t help but think of a fictional album review from the movie “Spinal Tap”–“treading water in a sea of retarded sexuality and bad poetry”). And even then, he gives us a watered down explanation of what he is thinking, without acknowledging his own personal stake in the argument.

But, really, rather than asking the question, “Are all men pedophiles?”—a question completely ludicrous to anyone who is using anything like the actual, clinical definition of pedophilia, or even hebephilia, the question that should really be asked is, “What exactly is it that an adult male would see in a teenage girl that would make her more attractive as a sexual partner than an adult woman?”

I’m going to give Breure a pretty wide berth here—please bear with me. Currently, Breure is a 25-year-old male. When “Are All Men Pedophiles?” was released, he was 23. So, I’m guessing that when Breure first began his work on this project he was around 21 or 22, if not younger.

I like to imagine that the idea for Mr. Breure’s project came about after he expressed interest in, say, a 15- or 16-year-old girl when he was, say, 20. In my imagination, a friend or two of Mr. Breure, or perhaps friends of the girl or the girl herself, told Mr. Breure that he was f*cked up for trying to ‘get with’ with such a young girl; or that he was a pedophile for even expressing his interest. Mr. Breure then reacted defensively, and in the greatest overreaction of all time, decided to raise money to make a documentary defending himself against (rather limited) allegations of pedophilia—all while saying his behavior is just fine because teenage girls are hot, and all men know it.

I only hope that all of the effort that Mr. Breure put into defending his position hasn’t made him shore up his stance that it’s perfectly fine for adult men to lust after teens. I hope he’s not forever, ahem, planting his flag on the “adult men should have sexual access to teen girls” hill, but might, instead move on to have a mature relationship with an adult who he can approach as an equal.

Breure, attempting to normalize adults having sexual access to teens, advocates for nothing more than serial abuse of young people. Because, Breure’s idea of “attraction expansion” is more properly labeled as “attraction stagnation.” He is not advocating for growing up and engaging in mature relationships with adults, while still being able to appropriately acknowledge that, yes, there are teens who are attractive, but they are off limits to adult men, because otherwise we are advocating for manipulative relationships.  Instead, he is asking for permission to make teens objects of sexual gratification, while labeling manipulation and objectification “love.” He is saying that, because we start off in one place, we should be able to continue circling that one place, without ever truly advancing, as we grab at those who pass through, no matter how damaging such circling and grabbing is to those trying to make it through, or to ourselves.