Ellis, who, in real life, had a wife and two young children, was only 39 years old when his attempt to put down the bottle killed him.

I can’t claim to know the full extent of Ellis’ alcohol abuse, or whatever other factors might have contributed to his untimely death. But the thought that his efforts to end an addiction to alcohol was what ultimately killed him should give us all pause. 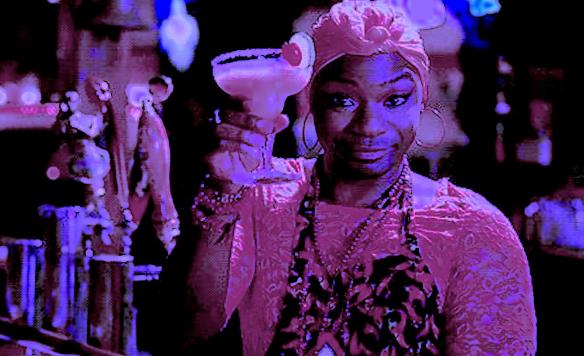 The good ol’ U.S. of A. still has a massive alcohol problem, in terms of use, perception of use, and understanding of impacts. Sure, we’ve gotten all M.A.D.D. and managed to sharply decrease drunk driving—or, rather, to at least make drunk driving illegal and unacceptable—for the most part. Still, almost a third of all deaths in automobile accidents involve alcohol.

President Trump’s Commission on Combating Drug Addiction and the Opioid Crisis raised a big stink about declaring opioid addiction a national public health emergency, citing a 142-deaths-per-day figure for deaths by drug overdose (which includes all unintentional drug overdoses, not just OD by opioids, which sits at 91 per day for 2015).

And while opioid abuse has been climbing towards alarming, our nonchalance about alcohol abuse is still confounding.

If you look at deaths in the United States directly attributed to alcohol, they are at about the same level annually as deaths by gun (including both homicides and suicides), or annual deaths in automobile accidents–or right around 80 deaths per day.

But when you factor in all the deaths involving alcohol…those primarily attributed to alcohol (diseases, alcohol poisoning, and such), and those deaths where alcohol was a significant factor (car crashes, suicides, homicides, all other forms of accidents involving alcohol) then the total number of alcohol-related deaths rises to over 230 per day (albeit, intruding on other categories of death).

But how many of us, in our puritanical, cold-turkey, I-can-quit-anytime-I-want culture of addiction-denial and personal responsibility even realize that heart failure from alcohol withdrawal is a thing?

Sure, we’ve seen movies, TV shows, and even documentaries depicting the horrific sickness and potential death that comes from withdrawing from opiates–“kicking” heroin being a dramatic staple of drug addiction stories. But how often do we see any depictions of the danger of alcohol withdrawal, or any kind of realistic portrayal of the dangers of alcohol use and abuse?

As a culture we celebrate drunkenness and binge-drinking…until we don’t.

Think of a recent comedy you’ve seen, or at least a recent R-rated comedy. If it had scenes involving alcohol, what happened in those scenes, and what messages were conveyed? I’d venture a guess that the messages included the idea that binge drinking is, at its least problematic, an awesome escape from life stressors, just a way to cut loose and have fun; and that at increased levels, binge drinking is still pretty hilarious—leading to some wildly comedic pratfalls and other scenarios involving what would probably be fatal, or at least permanently-disabling, head injuries—all played for laughs.

Moving beyond such comedic depictions, chronic, excessive drinking might become marginally less comical over the course of a film. But, ultimately, movies tend to show us that people who chronically drink are able to get it together and turn their lives around in the space of a montage, or perhaps following a heart-felt speech from a loved one. Think Trainwreck, Mike and Dave Need Wedding Dates, How to be Single, or maybe as far back as Knocked Up—I could go on and on, and back through decades of movies. But at least I now realize that I spend a ridiculous amount of time watching comedies on DirecTV.

Such messages of hilarity are typically upended in more ‘serious’ fare, like Flight, starring Denzel Washington, or Crazy Heart, starring Jeff Bridges. Or, at least they’re sort of upended.

In Flight, Denzel’s character, Whip Whitaker, saves (most of) an airplane full of people by flying while wasted, then tries to quit, but relapses, then corrects the alcohol relapse with cocaine, in order to become jury-pleasing honest and speak beautiful truths.

In Crazy Heart, Jeff Bridges’ character, Bad Blake, realizes what a disappointment he’s become, and we flash forward from Blake staggering off stage to throw up massive quantities of Jack Daniels between alleyway dumpsters and nearly losing a friend’s child in a mall, to several months later when he is clean and sober, and everything is hunky dory—except that he doesn’t get the ‘girl’ who is about half his age.

Beyond just Hollywood portrayals, think of how you, and other people you know–friends, family, co-workers, online acquaintances–talk about alcohol. A stray comment about the urgency of a drink to take the edge off some negative experience. Expressing a desire to wash away the workday with a bottle. An impending vacation where one intends to aggressively day-drink, evening drink, and late-night drink.  Drinking memes suggesting alcohol is just a comically enjoyable part of life.

I don’t mean to get all holier-than-thou. I’m more-than-guilty myself…of the drinking, of the denial, of the comments and laughter about, at, and around drunkenness. I’ve got no end of irresponsible drinking stories to spin—going back decades. As a matter of fact, I’m currently nursing a vicious bacon-grease burn that was birthed into this world by the midwifery of a bottle of Kirkland brand vodka.

And I don’t want to suggest we all drop our sense of humor.  Just maybe stop and think about it awhile.  When drinking is played for laughs, or treated as just something we all do, how much longer does it take anybody to get serious about problem drinking? How much easier is it to stave off the idea that maybe we should tone down the booze intake?

I also don’t want to imply that Hollywood is responsible for anybody’s personal decisions and habits. However, we as a culture endorse a lot of pro-booze, and pro-binge-drinking messages, while slapping a little “drink responsibly” disclaimer in tiny letters and hushed tones, after our big, bold cries of, “Hold my drink! Woooooooo!”

On the other hand, we portray opioid abuse as a disturbing descent into hell, and a national emergency.

Perhaps that’s because, except when alcohol abuse results in a sudden, accidental death, or the relatively rare withdrawal-based-heart attack like that suffered by Ellis, death by alcohol is often a long, slow process, while opioid OD seems much more shocking, short-term, and immediate. We’re allowed to see alcohol abuse as amusing…something people might grow out of after a few (or a few years of) wild exploits, whereas opioid abuse seems like a wholly disturbing, sudden collapse into hopelessness.

But we need to look at whether those perceived differences are real, or just a matter of cultural acceptance versus cultural rejection, normalization versus novelty, and indifference versus shock. We, as good ol’ Americans, enjoy our drugs, and, like all things American, X-treme is where it’s at!  Be that a quick-and-painless death by extreme, or a decades-to-death extreme.

So, I’ll just bring this all to a close with a quote from Ellis’ character, Lafeyette…

“All the shit I done in my life – the drugs… the sex… the web site. I did it so my life wouldn’t be a dead-end, and this is where I end up. Now what kind of punchline is that?”

(Drink responsibly, and all that…there are plenty of ways to find help, like via your insurance company, or https://www.aa.org , where you can find local meetings…not that I’m endorsing any particular source of help or another…call 211 or a local crisis line if you want to look for some other options…crisis line locator at https://suicidepreventionlifeline.org/our-network/ or perhaps https://www.samhsa.gov/find-help –the Substance Abuse and Mental Health Administration, where “find help” is even in the name of the link).

3 thoughts on “Slow with Liquor”