Back in January, amongst my other more and less comical resolutions, I resolved to write more frequently. That resolution has been a colossal failure to this point in the year. Not counting my year-end/new year resolution posts, I’ve only done one other post in 2017. And that was about a friend who died last spring. Beyond that, I’ve started a dismally small number of pieces that never quite cut through my brain fog to land on the blog—the point of the work dulling, the edge slipping in the process of writing. 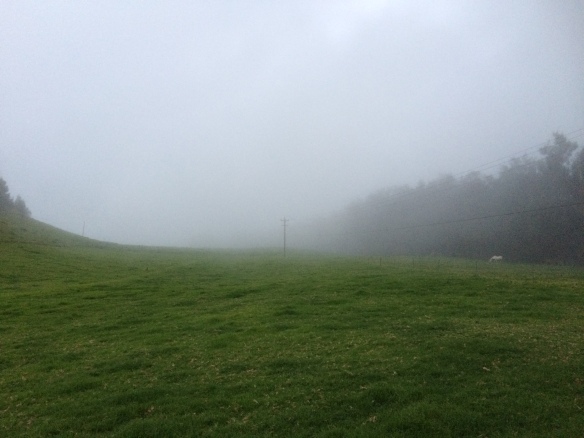 In other forms of writing–which I also resolved to get back into–aside from work-related stuff, I’ve not made it beyond a short note, or even a thought. I’ve reverted back to the lazy habit of thinking that if something is all that great an idea to pursue, I’ll remember it; and that it will take root and grow until inspiration or some other magical motivational force takes over, snowballing into a finished project, fully formed.

Truth be told, it’s not just the writing.  So far this year, I’ve struggled to motivate myself to do much more than the things I absolutely have to. I enjoy my paid work despite a number of daily challenges I could do without. On my days off, I imagine all the things I will take care of, and then force myself to get through only a fraction of them. Still, if I scale things down to the immediate and personal, I’ve got plenty of those things people call ‘blessings’, but have to fight to maintain proper focus when looking at them.

I know what I need to do to get beyond this malaise. I also know why I’m not—which involves a number of factors. I’ll leave the self-diagnosis, and those elements that fall into ‘exterior locus of control’ out of the picture for now, as well as the tactical therapeutic moves, aka coping skills, I know to engage. I’ll just work on engaging them.

And along with that, I’ll resolve that, at this point in the year, I will knock out two posts a week for the rest of the year, to catch up to my planned schedule. If the posts suck, or are half-formed, well, that’ll have to do. Right now, the point is to get back in the saddle, even if I’m not sure exactly where my horse went.